When Companies Do Layoffs, Is It Really ‘Last In, First Out?’ 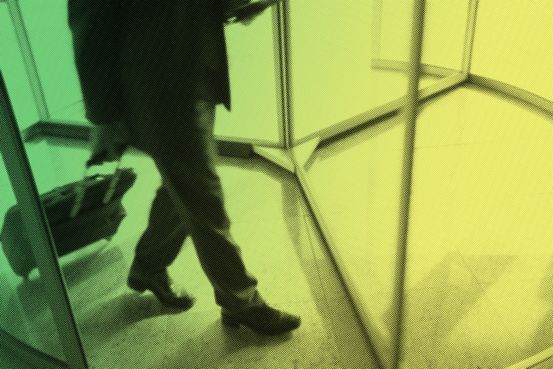 Millions of people switched to new jobs this year. Now many wonder: Does being the newbie make them more vulnerable to potential layoffs?

The formula that businesses often apply in deciding who stays and who goes is rooted in seniority. Many union contracts have also traditionally stipulated that those who joined the payroll last be the first to get cut. But that’s no longer a given.

In fact, an employee’s tenure “is no longer a primary variable,” says George Penn, managing vice president of research and advisory for research firm

Instead of taking a “last-in, first-out” approach, many companies over the past decade have moved to taking other factors into account, including the diversity of their workforces and their reputation in the talent marketplace, he says.

If, for example, the addition of many recent hires improved the staff’s diversity, companies often hesitate to backtrack on those gains. Plus, Mr. Penn says, they risk legal action if layoffs appear to discriminate against certain groups of workers.

Companies—used to competing for talent in a tight labor market—have also grown more concerned about their brand among future job candidates, he says.

They don’t want to look bad for going on a hiring spree, only to let the new recruits go a few months later.

The last-in, first-out strategy has also become viewed as an overly blunt cost-cutting tool as companies get better at analyzing the effect of potential layoffs on remaining staff and business performance. An organization that just hired for a new or emerging part of its business, for example, would be shooting itself in the foot by getting rid of those people, Mr. Penn says.

It “would basically hinder the business for the foreseeable future,” he says.

Companies traditionally would hang on to tenured employees to avoid losing institutional knowledge, according to Sevin Yeltekin, dean of the Simon School of Business at the University of Rochester. Plus, training their eventual replacements could be costly.

But the aftermath of the 2008-2009 financial crisis marked a turning point in the way many companies approach layoffs. Many of those who cut deep into the ranks of their more junior employees scrambled in following years to acquire fresh talent, she says.

“As you recover from the recession, you now are competing very heavily in that market,” she says. “You’ve lost the pipeline.”

Last in, first out does seem to still govern some layoff decisions. In an analysis of data from layoffs.fyi—a site that crowdsources lists of laid-off workers in tech—and other publicly available worker information, researchers at Revelio Labs found the average tenure among 5,000 workers who lost jobs in 2022 was around 15 months.

Lily Zheng, who advises companies on diversity matters, says that because many companies invested so much in diversifying their workforces in recent years, a last-in, first-out approach is bound to disproportionately affect women, people of color, LGBT employees and those who are disabled.

“I’m essentially seeing last-in, first-out undoing their own progress that they spent years and years working on,” says Mx. Zheng, who uses gender-neutral pronouns. “There are so many other alternatives.”

One, Mx. Zheng says, is to use performance as a guide.

, for instance, is giving some longer-term employees deemed underperformers the choice of leaving the company with severance or going on a performance-enhancement program.

“Your lowest-performing employees are probably the most expensive,” Mx. Zheng says.