Mehfooz Ali Qureshi mulls over the kebab he has just shaped in his ghee-smeared hands before gently sliding it onto a hot tawa. “Bada hi nazakat aur nafasat ka kaam hai ye (it’s a work of great exquisiteness and grace),” he says.

The master chef and his four aides from Rampur in Uttar Pradesh are preparing a royal spread—an array of biryanis and kebabs—in vegetarian and non-vegetarian variants. And between seasoning the many dishes, and checking out the flavours, he reminisces about a cuisine that has, over the years, stayed largely in the wings.

For 15 years, Ali Qureshi has served as the head khansamah (cook) at the residence of Muhammad Kazim Ali Khan, better known as “Naved Mian” of Rampur, the scion of the former royal family. 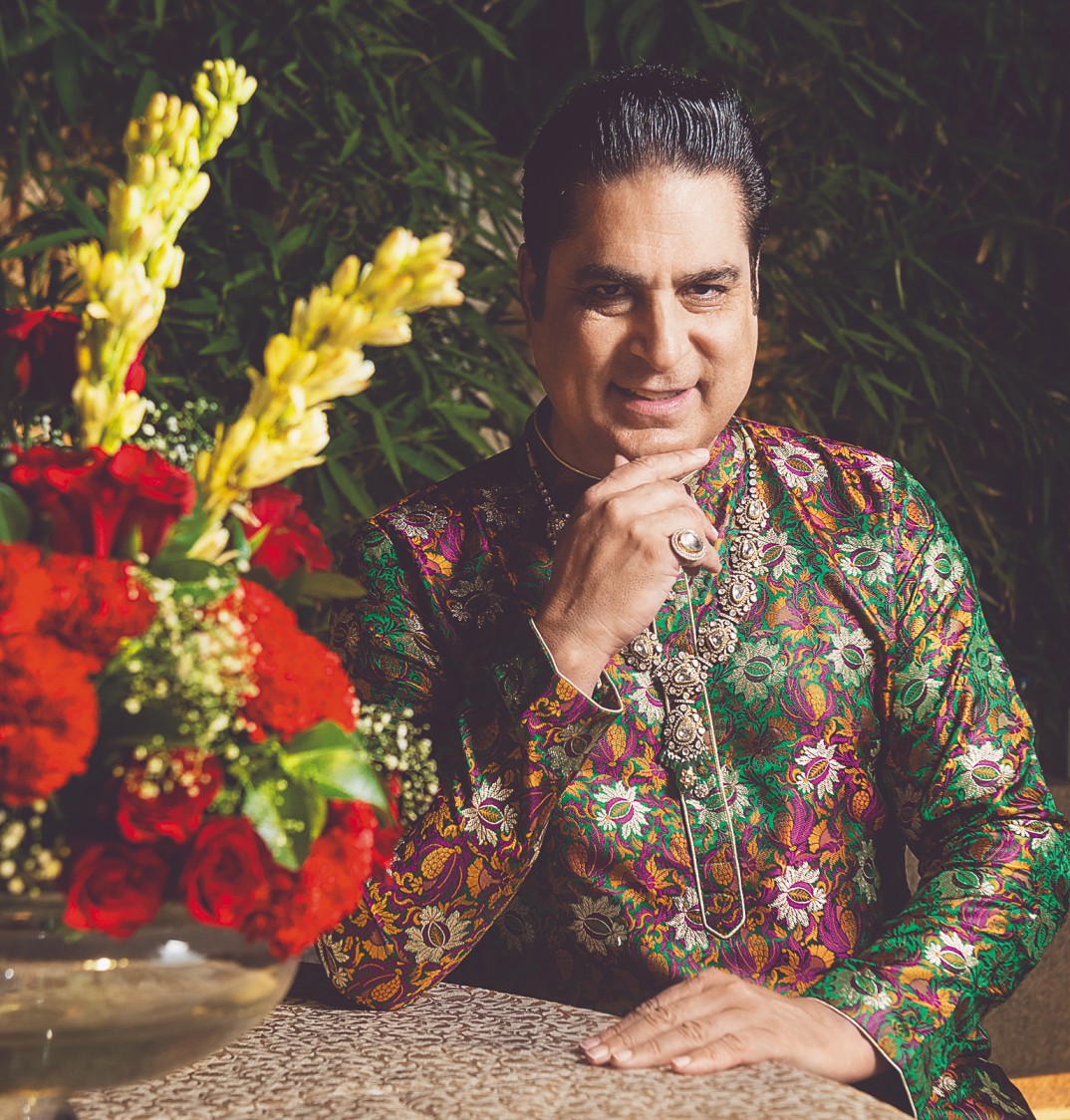 Located 150km from Delhi and 350km from the state capital Lucknow, Rampur was once a tiny princely state. When the Awadh Empire disintegrated after the 1857 war of independence, Rampur sided with the British. Since the region offered security, chefs from the surrounding areas relocated to Rampur. The outcome was the birth of a cuisine influenced by Mughal, Afghan, Lucknowi, Kashmiri and Awadhi fares.

Unlike other cuisines, though, the food of Rampur has stayed confined to its birthplace. Only at sporadic celebrations of Rampuri cuisine—such as the feast Ali Qureshi recently supervised in Delhi—one hears of and gets to sample this almost- forgotten cuisine.

There are reasons why Rampur’s food has stayed unnoticed. Cultural historian Tarana Husain Khan, author of Degh to Dastarkhwan: Qissas and Recipes from Rampur, believes that the economic downfall of the princely state after independence explains the cuisine’s low profile. “The industries established by the nawabs shut down. There was unemployment. The chefs were asked to leave the royal kitchens. They had no sponsors; the royalty did not have enough resources to support the royal khansamahs. So, slowly, the recipes and the secrets of Rampur cuisine were forgotten and lost,” she says.

Naved Mian, however, stresses that the nawabs of Rampur did not want the recipes to be made public. And that apart, he says, there are very few cooks today who know how to wield a ladle, Rampur style.

A Distinct Identity
Rampur’s cuisine is distinct from Awadh’s, though it is often mistaken for Awadhi food. “The characteristic difference is that, unlike Awadhi cuisine, Rampuri cuisine is not scented with ingredients like kevda, ittar or rose water. While there is the use of rich spices like saffron and nutmeg, they are used in nuanced portions,” Naved Mian explains.

Another factor that adds to its novelty is the predominant use of whole spices or khada masala, points out Chef Suroor Khan of Rampur, a curator of food festivals. The food is flavoured with black and white peppercorns, cloves, cinnamon, mace, black and green cardamom, bay leaves, cumin and coriander. He adds that Rampur-grown yellow chillies give the cuisine its distinctive flavour, along with saffron roots and Chungezi masala, a mix of 21-odd spices and herbs.

“The use of fried onions is integral to most Rampur dishes along with specific melding and balancing of spices,” says Husain Khan, who has worked with Rampur’s khansamahs trained by the old masters.

“The interesting thing about Rampur cuisine is that though it is supposed to be a royal cuisine, it has elements of the plebeian as well,” she adds. “For instance, urad dal khichdi, the common man’s dish, found its place on the royal table.”

A Balanced Bill Of Fare
Meat dishes of various kinds dominate the cuisine. There is a fair amount of chicken and, surprisingly, seafood. Popular dishes include mutton tar korma, where the gravy has a string-like consistency, shab deg (meat simmered overnight in yoghurt), lamb trotters stewed in milk and cream, and nasheela jhinga—prawns cooked with fiery spices and some Chungezi masala powder.

Vegetables have a place on the high table, too. Dishes like pineapple pulao, sabz makhana qaliya and dal-e-Mumtaz—a concoction of lentils—are served with naans and the sweetish sheermal.

There is also a speciality called badaam ki roti. “The roti is not just stuffed with almonds, but the flour is made from ground almonds as well,” Naved Mian says. 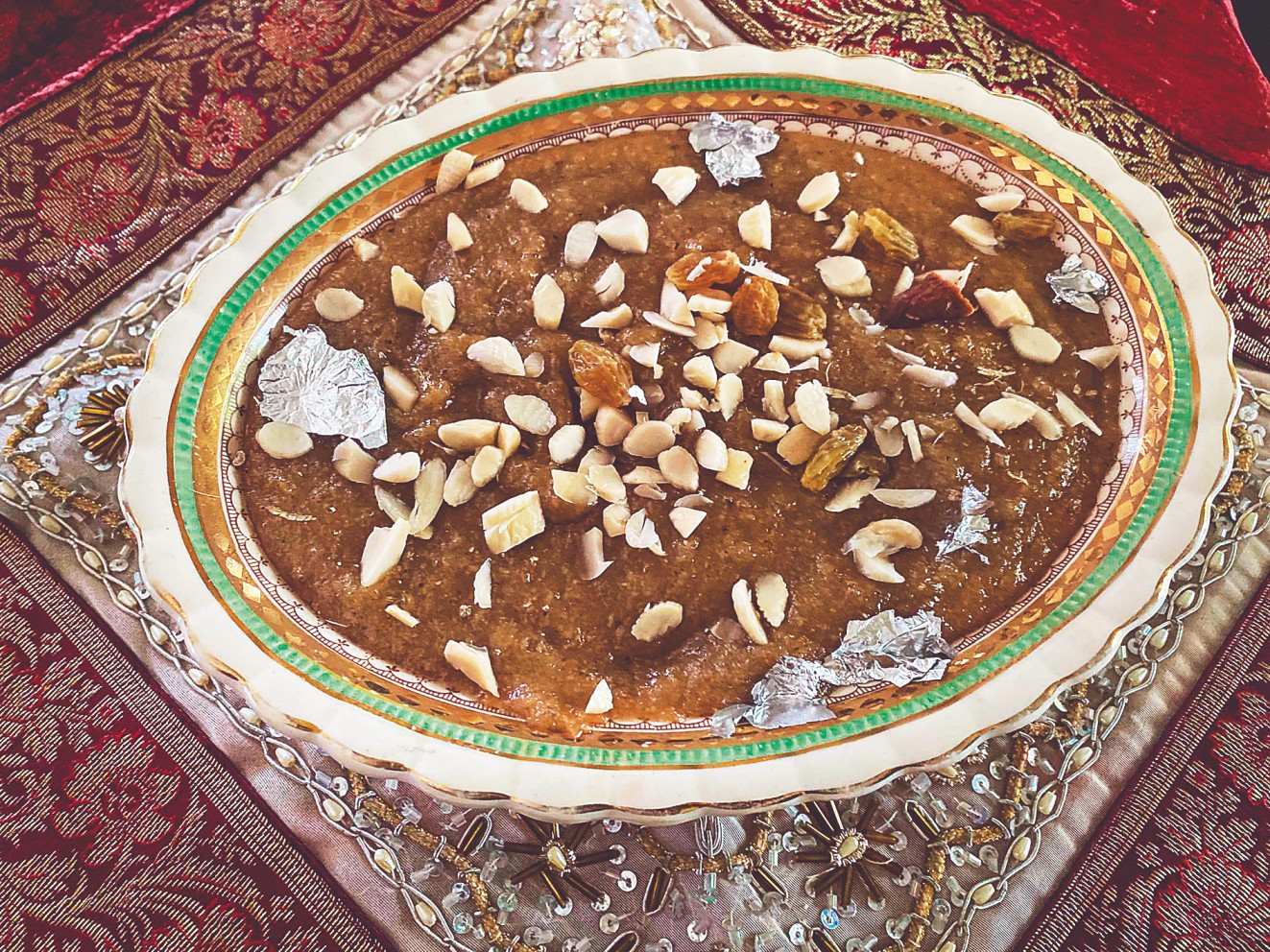 Naved Mian points out that many halwas prepared with the unlikeliest of ingredients—from ginger, egg, potato and fish to onion and chilli—originated in Rampur. There is also a sweet dish called mutanjan, prepared with meat. He regrets that few now know how to cook loz-e-Jahangiri—a crispy diamond-shaped dessert of almonds, ghee, khoya and sugar, layered with crushed pistachios.

Experiments In The Kitchen
Cooks often experimented with recipes spurred by quirky royal requests. Naved Mian says the onion halwa emerged from one such trial. “And you would never know if I didn’t tell you since it does not smell of onions.”

He recalls how when he was a child, his grandfather, Nawab Raza Ali Khan, would make the family’s children sit at the dining table in front of three desserts that looked the same but were made of different ingredients. “We had to identify them, but most of the time, we were wrong.”

Legend has it that varq—a fine silver or gold leaf placed on food—was developed in the Rampuri kitchen. Naved Mian says that varq served two purposes: it kept the food warm and ensured that nothing was tampered with. “The varq was so delicate that even the slightest touch would indicate that the food has been fiddled with and would be rejected immediately.”

The Rampur royals were fond of game meat, and in earlier times, the kacche gosht ki tikkia, a patty flavoured with homemade spices, was prepared with the meat of a hunted animal. “The nawabs used to cook it themselves using any spices they could find. 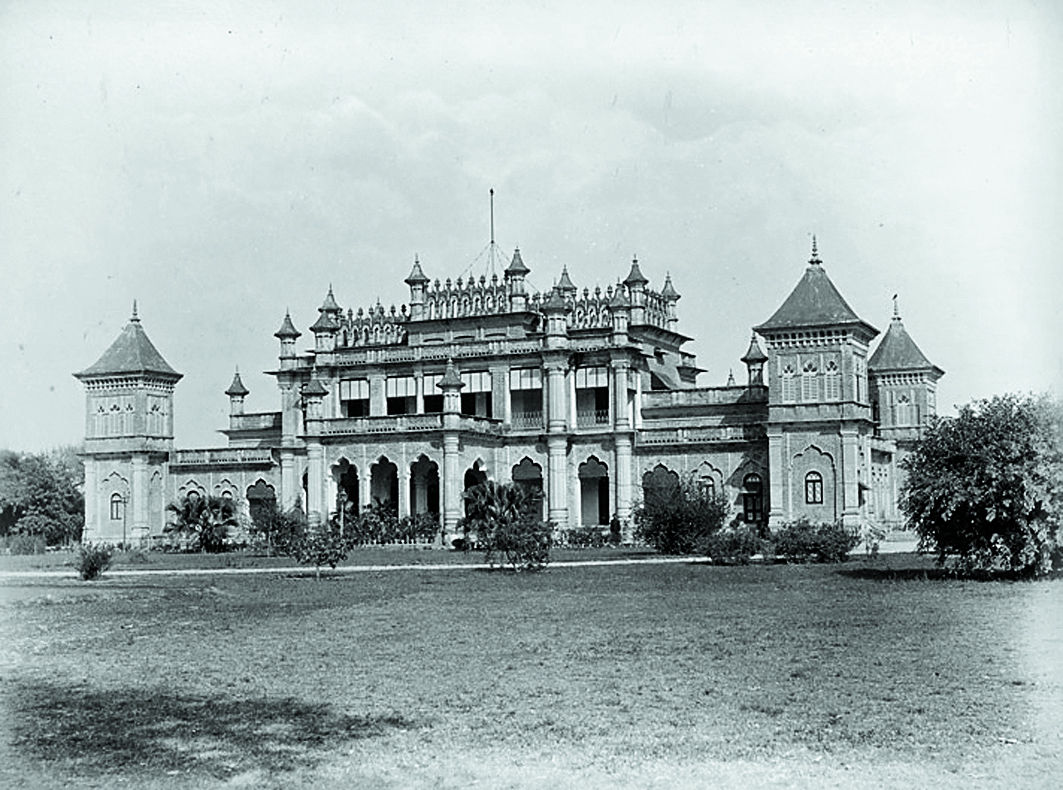 Past And Present
The food of the region figures in Pakistani writer Muneeza Shamsie’s 2001 book Remembrances of Days Past: Reminiscences of a Princely State During the Raj. Her mother, Jahanara Habibullah, was the daughter of the chief minister of Rampur, while Shamsie’s aunt, Rafat Zamani Begum, was wed to Nawab Raza Ali Khan. Those were the days when Rampur’s cuisine was the toast across India, and the chefs there were known as “superb craftsmen, and each had his designated skill,” she writes.

Efforts are on to popularise the cuisine while ensuring that it doesn’t lose its essence in the process. As part of the “Forgotten Food Project,” led by the University of Sheffield, Husain Khan translated manuscripts containing Rampuri recipes from the 19th century that are kept in the Raza Library. She reexamined and modified the recipes to make them more accessible to the public. The Jashn e Rampur, which was recently organised in Delhi by Team Forgotten Food, featured a selection of recipes that were promoted at the food festival.

“We wish to protect and publicise the Rampuri cuisine, created by talented khansamahs who formerly prepared meals for the nawabs,” says Ali Qureshi.

Previous article
Meet Shaurya Veer Kapoor, The Young Chef Behind Gola Sizzlers
Next article
Look For This In Your Probiotic To Support A Healthy Weight