Popular actress Neha Marda is expecting her first child with her husband Ayushman Agrawal. The Doli Armaano Ki actress has been married for about a decade and recently conceived. She revealed wanting to get pregnant for a long time. The pretty actress has been very active on social media ever since she announced her pregnancy. Neha has been sharing a lot of reels, some funny, some stylish and some about pregnancy. In the recent video reel, Neha Marda attempted to bust some myths related to pregnancy. However, some netizens have disagreed with her pregnancy myths.

In her reel video, Neha Marda listed about 5 myths in the caption. The first myth is about having coffee or tea while being pregnant. Neha says that one can have about one or two cups. The second myth is about eating ample for the share of two. Neha says overeating can result in maternal weight gain and also child obesity. The third myth is about travelling while being pregnant. Neha in the caption said that one might feel more comfortable in the second trimester and can take flights or drive by car. However, with time constraints.

The fourth myth is not exercising when pregnant and the fifth myth, she listed is about morning sickness. Busting them both said that one should have 30 minutes of physical activity which should not be new or heavy. Morning sickness can happen at any time of the day. In the video reel, Neha also listed “having sex will hurt the baby,” as a myth. Neha’s video is going viral in the entertainment news.

A lot of netizens disagreed with Neha Marda’s pregnancy myths reel video. They mentioned that it varies according to different pregnancies. People wrote that coffee and travelling should be avoided at all costs. Check out the comment below: 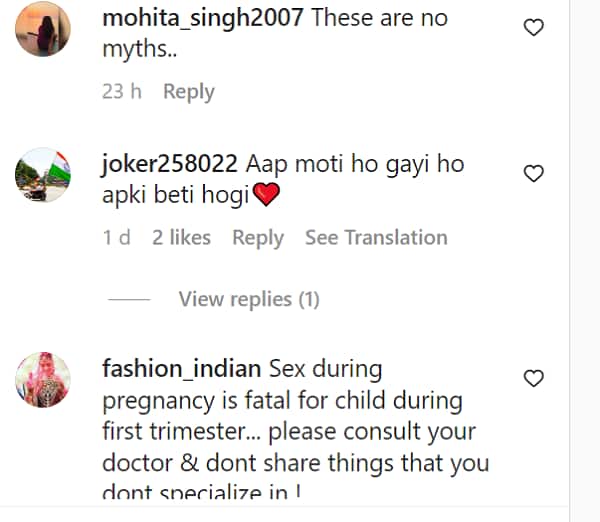 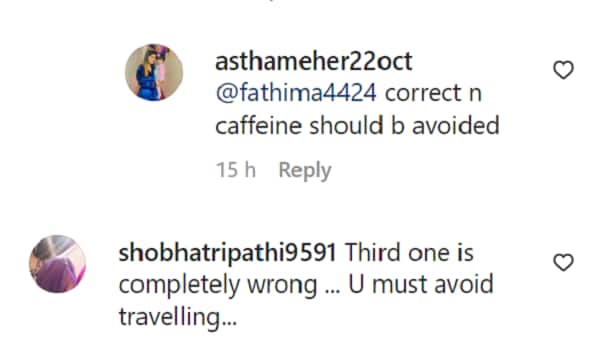 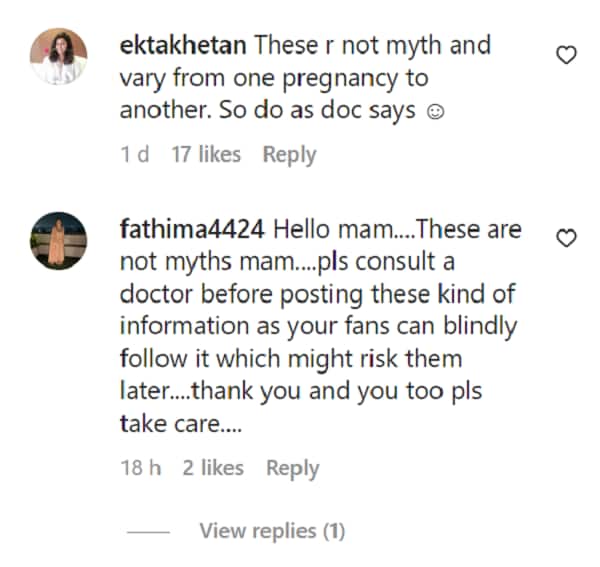 Meanwhile, Neha is enjoying her maternity phase. The actress is due some time next year.