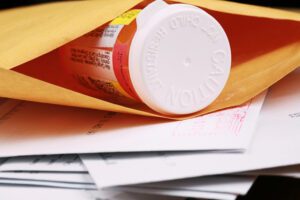 After launching as a director-to-consumer startup in January, the Mark Cuban Cost Plus Drug Company is turning to the employer market.

The Dallas-based company announced Thursday that it is teaming up with pharmacy benefit manager EmsanaRx to launch EmsanaRx Plus, a product that gives employers access to low-cost prescription medications.

EmsanaRx Plus is a standalone product that “supplements” self-funded employers’ current drug benefit offerings, said Greg Baker, CEO of EmsanaRx. The product gives employers and their employees access to Cost Plus Drugs’ discounted medications. Employers who sign up for EmsanaRx will be charged a flat-dollar-per-prescription fee, Baker said.

“[EmsanaRx Plus] controls the ever-increasing rise in healthcare costs for employers by delivering medications at significantly reduced rates contrary to the financial models intact at traditional PBMs and pharmaceutical manufacturers, which take significant profit by padding drug costs before the discounts are applied,” Baker wrote in an email.

Cost Plus Drugs chose to break away from selling exclusively to consumers because it allows “us to save the healthcare system overall money by offering a way to save employers millions of dollars on their healthcare spend,” wrote Alex Oshmyansky, founder and CEO of the company, in email. Employers cover health insurance for about half of all Americans, according to eHealth.

He added that it furthers Cost Plus Drugs’ mission to be a disruptor in the prescription drug space.

“It helps get us closer to eliminating the practice of wildly inflated fake ‘list’ prices of pharmaceuticals which patients are often asked to pay, particularly if they are on a high deductible plan,” Oshmyansky said.

Mark Cuban said this is a mission EmsanaRx shares.

“Like Cost Plus Drugs, EmsanaRx is working to disrupt the current pharmacy supply chain to eliminate the unnecessary markup and profiteering that is burdening businesses and consumers with high drug costs,” Mark Cuban said in a news release.

EmsanaRx is the second PBM Cost Plus Drugs has partnered with, after announcing in September it teamed up with Rightway. The prescription drug company also announced its first insurer partner in October; members of Capital Blue Cross will have access to Cost Plus Drugs’ medications starting in 2023.

It remains to be seen how successful Cost Plus Drugs will be in taking market share away from large PBMs, who often work with benefits consultants that give guidance to employers. Especially given that the large consultants often have entrenched relationships with the leading PBMs.