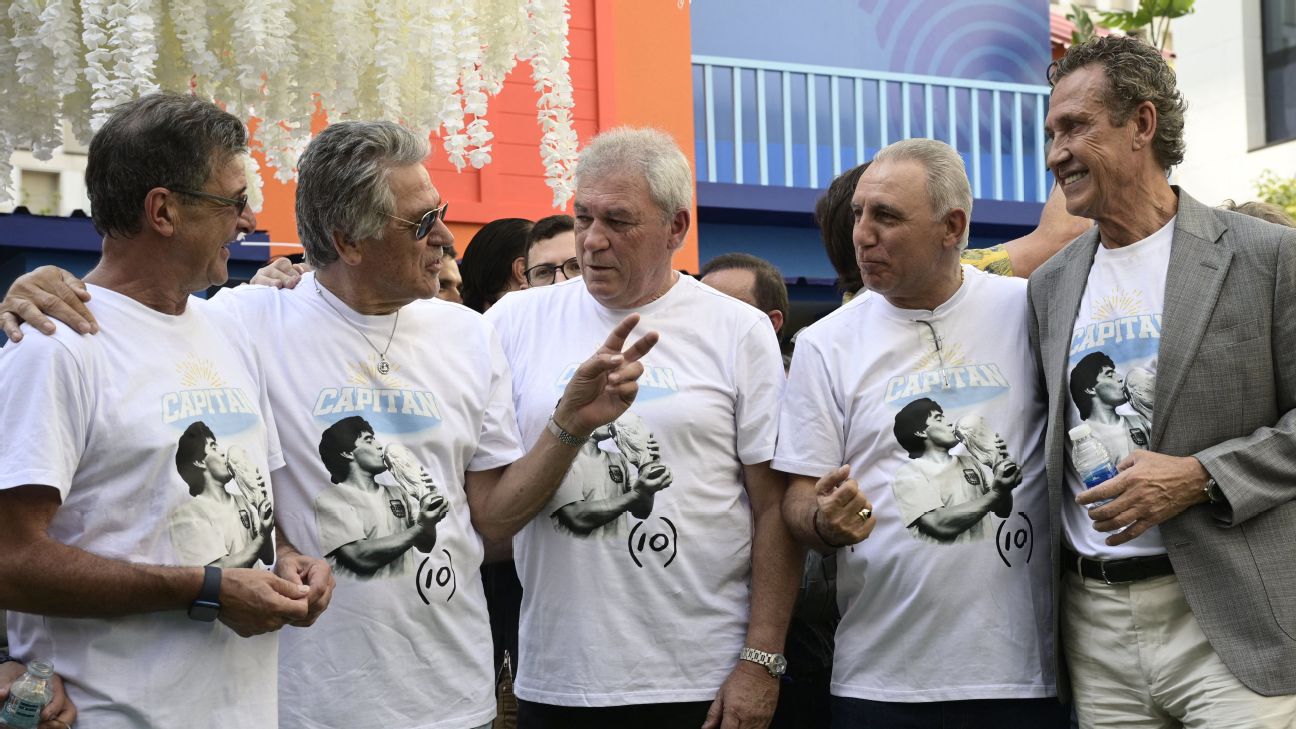 Former teammates of Diego Maradona gathered at the World Cup in Qatar on Friday to pay tribute to the icon on the second anniversary of his death, reminiscing about brighter days as Argentina recover from their stinging upset by Saudi Arabia.

Considered one of the greatest players in history, Maradona died aged 60 on Nov. 25, 2020, after battling drug and alcohol abuse for years.

Despite his passing, Maradona remains very much present in the minds of Argentina fans. Scores still wear his shirt, sing about his “Hand of God” goal against England in the quarterfinals of the 1986 World Cup and furiously debate whether comparisons to Lionel Messi are appropriate.

At the CONMEBOL Tree of Dreams in central Doha, an area celebrating South American football, FIFA president Gianni Infantino greeted former teammates of Maradona, who took turns describing his greatness on and off the pitch.

Richard Giusti, who played with Maradona at the 1986 and 1990 World Cups, said it was impossible to compare him to Messi, who became the first Argentine to score at four different World Cups with his goal in the 2-1 loss to Saudi Arabia.

“We cannot compare them. We cannot say whether one is better than the other,” Giusti said. “They are different. They are both geniuses. And Argentinian. We have to enjoy it.”

Messi, possibly in his final World Cup at 35, scored from the penalty spot in the Saudi Arabia defeat. The Argentina captain described the upset as a huge blow and said they would regroup for their Group C match against Mexico on Saturday.

Jorge Burruchaga, who scored the winner in the 1986 World Cup final, said Argentina had no room for error in their next fixtures.

“Hopefully tomorrow Leo will have the game that everyone wants,” he told Reuters. “And the tribute we are paying to Diego today, that’s the least we can do for a football genius, for someone who touched so many people.”

OT Staff There are very few places in the world where you can see a world-renowned...