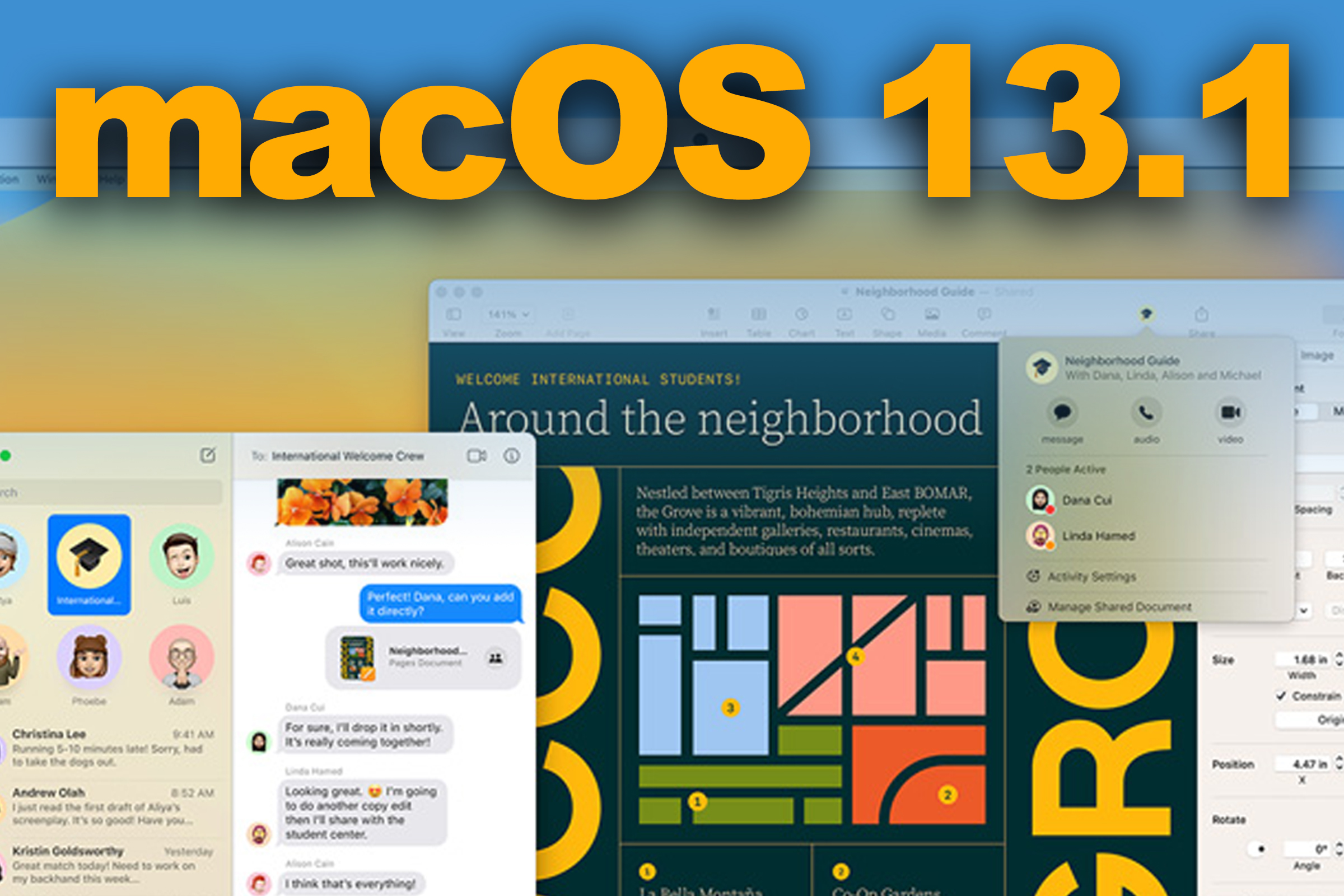 After about a month of testing, Apple is ready to ship the first major update to macOS Ventura, 13.1. It will bring bug fixes and security updates as well as several features that aren’t in the initial release.

Here’s what we know is new in the latest macOS 13.1 beta. We’ll update this section as new features and changes are discovered.

Freeform app: The main new feature in the first macOS Ventura 13.1 beta is the Freeform app. Announced at WWDC, Freeform is a whiteboard app for the iPhone, iPad, and Mac that lets you work across devices and share sketches, notes, files, web links, documents, photos, video, and audio in real time.

AirTag sounds: Users with an AirTag will now be able to locate it from a short distance away by clicking a “Play Sound” button in the Find My app.

Home app: Brings a new architecture for the Home app with improved performance to make the app “more efficient and reliable.”

When will macOS Ventura 13.1 be released?

Apple released the final candidate to developers on Wednesday, December 7, so the general release will likely arrive on Monday, December 12.

How to install the macOS Ventura public beta

To install macOS Ventura 13.1 now and receive future beta updates as they arrive, your Mac needs to be enrolled in the Public Beta program.