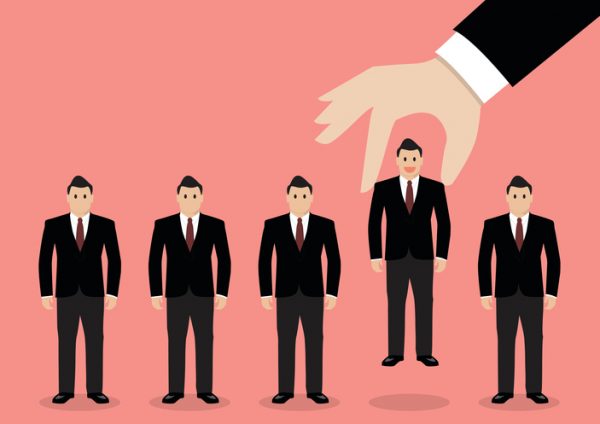 In his new role, he will grow the engineering team and the technical capabilities across 1upHealth to support the security, scalability, and open data access requirements that the 1up data cloud provides to its customers.

“With Pieter’s extensive background in computer science, data innovation, and early-stage companies, we are excited to have him lead our technology team through our next phase of company growth,” said Joe Gagnon, 1upHealth CEO.

PrognomiQ – a healthcare company focused on harnessing the power of multi-omics data for detection and early treatment selection and monitoring of cancer and other complex diseases – has appointed Dr. Brian Koh as its chief medical officer.

Koh will be responsible for developing and executing the company’s clinical development and medical strategy.

Prior to PrognomiQ, he served as head of translational sciences and clinical development at Vividion Therapeutics, as well as Gilead Sciences and Kite Pharma. He led programs and studies spanning early through late stages of clinical development of targeted, immuno-oncological and cellular therapies in both solid and hematological malignancies.

OncoHealth has hired Susan Hoang as the company’s chief data and analytics officer.

In addition to Teladoc, Liu served as chief medical officer at the Shanghai hospitals of United Family Healthcare, and leader of the chronic care management division at Santa Clara Valley Medical Center. Additionally, Liu was a senior clinical director at Castlight Health.

Podimetrics, creator of the FDA-cleared SmartMat and integrated clinical and patient support services for patients living with diabetes, has added Sid Rao as chief information officer and Dr. Gary Rothenberg as director of medical affairs. Sukanya Soderland has joined the board of directors.

Rao previously worked at AstraZeneca, Baptist Health, Biogen, DentaQuest, and Sunovion Pharmaceuticals. Rothenberg currently works as an associate professor of internal medicine in the division of metabolism, endocrinology, and diabetes at the University of Michigan.

Ro has added Gia Lee to its leadership team as its new general counsel. Lee will oversee Legal and Public Policy for Ro, a telehealth company which combines in-home care, diagnostics, labs, and pharmacy services nationwide.

Frederick brings over a decade of experience leading product and engineering for multiple high-profile companies and early-stage startups including Collective Health, Yahoo!, and Amazon. She most recently served as senior vice president of software engineering at Butterfly Network, scaling the development of its cloud-based, whole-body imaging device.

Experity, which provides on-demand healthcare solutions, has appointed Dr. Benjamin Barlow as chief medical officer. He previously worked as the CMO at American Family Care, an urgent care provider. He started his career as a physician in the U.S. Air Force for a decade in various capacities, most notably as Emergency Room medical director at Langley Air Force Base. Previously, he served as a member of the White House Medical Unit, where he provided healthcare services to the First Families under the administrations of Presidents Barack Obama, and Donald J. Trump.

Edwards Lifesciences CEO Michael Mussallem will retire May 11, 2023.  He will be succeeded as CEO by Bernard Zovighian, currently corporate vice president and general manager for Edwards’ Transcatheter Mitral and Tricuspid Therapies business.

He will succeed and report to Matt Sause, who will become CEO of Roche Diagnostics globally, effective at the start of 2023.

Moore joined Roche in October 2016 as Head of North America Diabetes Care, leading commercial operations for the U.S. and Canada.

Stelben has more than 25 years of health insurance experience. Most recently, Stelben worked at Aetna where he had multiple roles including CFO governance services covering Medicare, Medicaid, federal employees, and public exchange businesses.

Stride Health, a portable benefits technology company, has appointed Peter  Lee to its board of directors. Lee will provide leadership and experience to accelerate Stride’s efforts to expand its innovative portable benefits platform to enable all Americans to access the benefits they need, regardless
of how they work.

Lee most recently served as the founding executive director of Covered California, the largest state-based health insurance marketplace in the country. Prior to Covered California, he worked as the CEO of the Pacific Business Group on Health. He also served in the Obama Administration as director of delivery system reform for the U.S. Department of Health & Human Services and worked to launch the CMS Center for Medicare and Medicaid Innovation as its deputy director.

Previous article
Netherlands v Argentina: Timber not shaking at prospect of facing Messi – Soccer News
Next article
There Is an Ideal Temp for Exercising and This Scientist Just Shared It