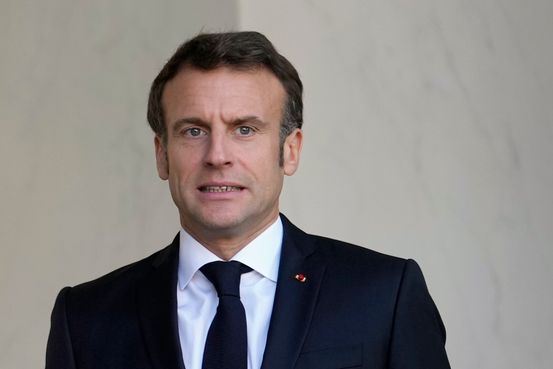 PARIS—French prosecutors have opened probes into the role played by consulting firms in France’s 2017 and 2022 presidential elections, widening an existing investigation into consulting firm McKinsey & Co.

It came soon after the French Senate alleged that McKinsey, which is based in New York, hadn’t paid corporate tax in France for at least a decade, despite earning 329 million euros, equivalent to around $343 million, in revenue in the country in 2020 and employing some 600 people.

The same report detailed how the government of President

Those revelations drew fire from opposition lawmakers, who criticized Mr. Macron’s use of multinational consulting firms, notably during the Covid-19 pandemic.

France’s financial prosecutors issued a statement on Thursday saying they had widened their existing investigation last month after they received unspecified complaints from elected officials. Prosecutors said they were investigating alleged campaign finance irregularities in the 2017 and 2022 presidential elections. A spokesman for the financial prosecutor’s office declined to say whose election campaigns were under scrutiny or provide more details of the inquiry.

The French president’s office and a McKinsey spokeswoman didn’t respond to requests for comment. McKinsey has said it was fully cooperating with authorities.

The issue provided fodder to Mr. Macron’s opponents during the 2022 presidential election campaign.

The government has said the use of private consulting firms by governments was in line with that of other countries, pointing to a section in the Senate report that said France used them less than Germany, the U.K. and other European neighbors. Two-thirds of the total expenditure on consultants was for information technology and cybersecurity services, the government said.

Mr. Macron was re-elected in April by a 17-point margin, defeating far-right candidate