Look within, and you shall find the best of the wide world, especially where travel for leisure is concerned. India, with its many climates ranging from montane to tropical wet, tropical dry, and subtropical humid, offers its version of many European destinations, that too with the comforts of home. Add to this the planned cities filled with architecture left behind by the erstwhile colonisers, and you have the whole package of Europe in India on the table. With the almost-embargo on international leisure travel, kind courtesy, visa troubles, increase in expenses, et al., head to one of these six Indian sites that have the “abroad” vibe. You may come away with a deeper regard for your land. 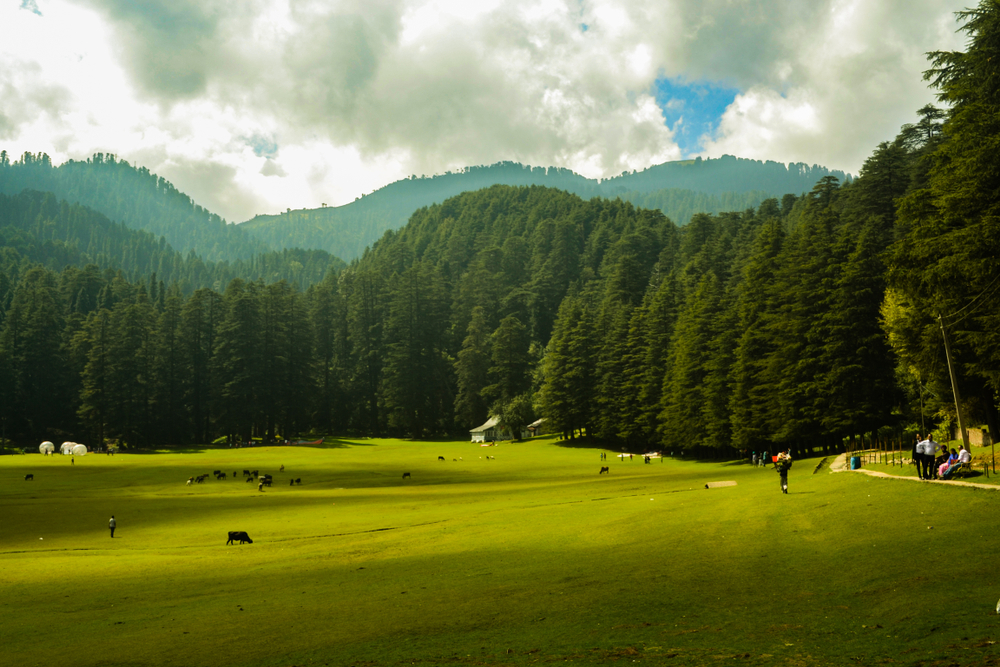 In the Dhauladhar ranges of the Western Himalayas lies Khajjiar, a small scenic concave plateau hemmed in by a thick forest of pine and deodar trees. Located in Chamba, Himachal Pradesh, Khajjiar is nestled at an altitude of 6,500 ft above sea level. It was christened Mini Switzerland by Swiss envoy Willy P Blazer on July 7, 1992, and he put up a yellow Swiss hiking signboard stating the same. The signboard shows the distance from the Swiss capital Bern up to Khajjiar, which is 6,194 km. 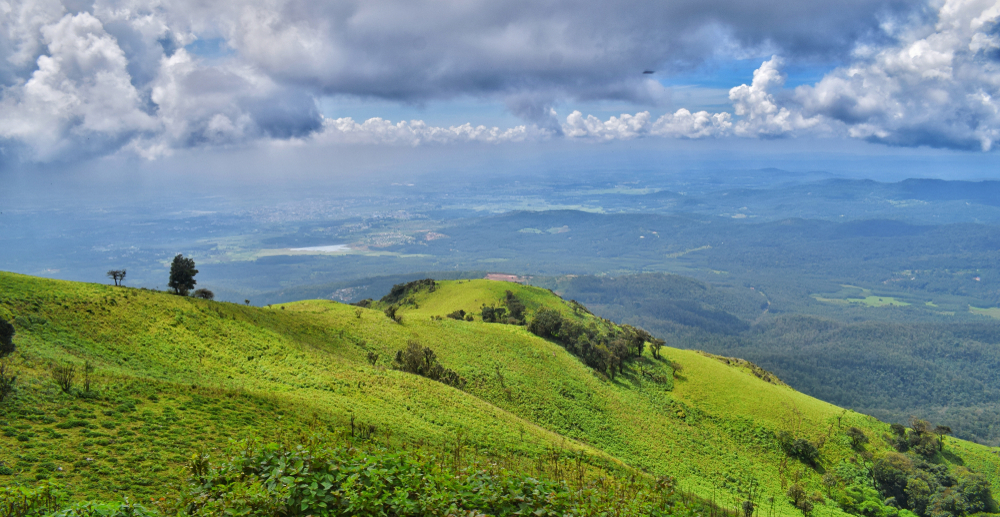 The undulating moors of Coorg or Kodagu are no less than their Scottish cousins. This alluring hill station in Karnataka was named ‘Scotland of India’ by the homesick personnel of the British raj. It is dotted with waterfalls parting the slopes, which descend into meadows that rush into wooded areas, which open up to sprawling tea, coffee, and spice plantations. Coorg is also home to Bylakuppe, India’s second-largest Tibetan settlement. 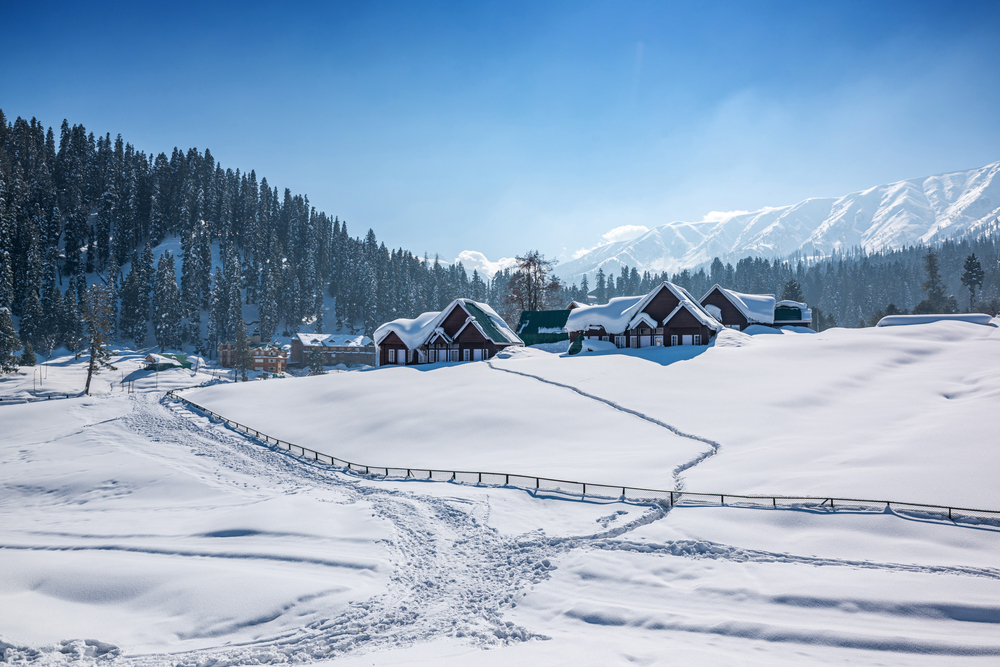 The meadow of flowers or Gulmarg is 60 km from Srinagar and a haven for skiers during winter. Blanketed with a thick carpet of snow, the slopes of Gulmarg can challenge the best of skiers. A millennia ago, Gulmarg was known as Gaurimarg, but its ethereal beauty forced the entranced Yousuf Khan Chak to change its name to its current one. The Chak, the first Shia Muslim dynasty of the north, was the last native rulers of Kashmir. They repeatedly fended off annexation attempts by the Mughal emperors Babur and Humayun before the last of them, Yousuf Khan Chak, was driven to exile in Bihar by a mightier Mughal emperor, Akbar.

Set at the foothills of the Zabarwan Range, with a view of the Dal lake, the Indira Gandhi Memorial Tulip garden, spread over 30 hectares, is the largest of its kind in Asia. A seven-terraced garden, it has, apart from tulips, other species of flowers, such as hyacinths and daffodils, and the Ranunculus genus blooms. The annual Tulip festival is a crowd-puller at the beginning of spring in the Kashmir valley. 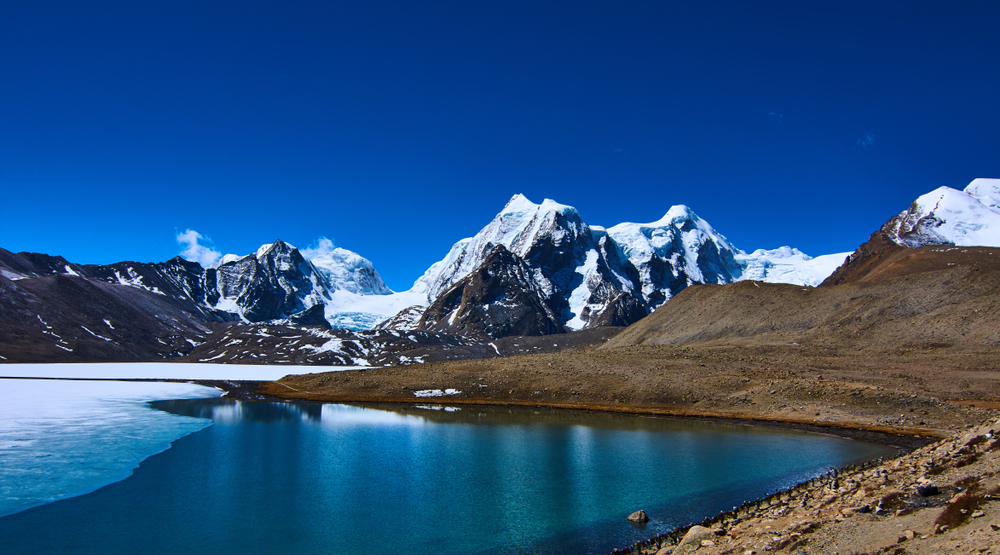 The second-smallest state of India, Sikkim, part of the Eastern Himalayas, hosts the Gurudongmar lake. Located at an altitude of 17,800 ft, it is one of the highest lakes in the world and is considered sacred by Buddhists, Sikhs, and Hindus. The lake is named after Guru Padmasambhava, also known as Guru Rinpoche, the founder of Tibetan Buddhism. Sikkim is a major biodiversity region with both alpine and subtropical climates. It is home to the highest Himalayan peak in India, and the third-highest in the world, Mount Khangchendzonga. The National Park of the same name covers almost 35 percent of the state.