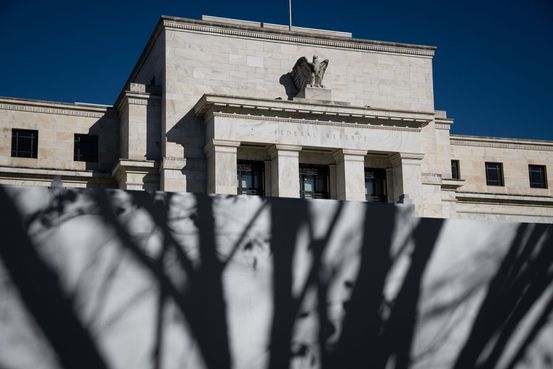 Officials approved the latest supersized rate increase at their Nov. 1-2 meeting, bringing their benchmark rate to a range between 3.75% and 4%. They are boosting interest rates at the fastest pace since the early 1980s to reduce inflation that is running near a 40-year high.

They suggested at that meeting they could start reducing their rate rises next month to 0.5 percentage point, or 50 basis points, according to minutes of the gathering released on Wednesday.

“A substantial majority of participants judged that a slowing in the pace of increase would soon be appropriate,” the minutes said.

Some of these officials said the risks were rising that the Fed’s rate increases this year might ultimately “exceed what was required to bring inflation back” to the Fed’s 2% goal. Others warned that continuing to raise rates in 0.75-point increments “increased the risk of instability or dislocations in the financial system,” the minutes said.

The minutes showed a small minority believed it might be better to wait to slow the pace of rate increases until rates were “more clearly in restrictive territory and there were more concrete signs that inflation pressures were receding significantly.”

The minutes also said that some officials thought that high inflation and signs of continued supply-and-demand imbalances in the labor market would call for raising the benchmark federal-funds rate next year to a level “somewhat higher than they had previously expected.”

The Fed is raising rates to combat inflation by slowing the economy through tighter financial conditions—such as higher borrowing costs, lower stock prices and a stronger dollar—which typically curb demand.

The minutes showed the Fed’s staff had downgraded their outlook for the economy due to the tightening in financial conditions that had occurred before the Fed’s meeting. The staff saw a U.S. recession next year “as almost as likely” as their baseline projection of weak growth.

In more recent public comments, officials have broadly endorsed approving a 0.5-point increase at their Dec. 13-4 meeting as they acknowledged the risks of causing an unnecessarily deep downturn.

in a speech earlier this month.

last week said the central bank could still raise rates aggressively in the coming months even if officials dial down the pace of increases to 0.5 point. He compared the Fed’s task to a pilot finding a comfortable cruising altitude after takeoff. “As the policy rate gets higher, the stronger is the case for slowing the rate of ascent while continuing to climb,” he said.

This summer and fall, several Fed officials suggested they would want to see evidence that inflation is declining toward their 2% goal before slowing or stopping rate increases. But at a press conference on Nov. 2, Fed Chair

suggested a sequence of slower inflation readings had never been “the appropriate test” for slowing or halting rate rises.

Instead, officials including Mr. Powell have shifted the focus toward how high rates might have to rise. At their September meeting, most Fed officials projected that they would raise the benchmark federal-funds to around 4.6% early next year.

Officials didn’t release new rate projections at their meeting this month. Mr. Powell said that if they had, they would have been higher given recent strength in the labor market and high inflation readings.

Investors in interest-rate futures markets expect the Fed to raise the fed-funds rate to slightly above 5% by next March, according to CME Group.

Consumer prices rose more slowly in October than in recent months, according to the Labor Department. Core prices, which exclude volatile food and energy items, rose 0.3% from September, the smallest monthly gain in one year, and by 6.3% on a year-over-year basis, down from 6.6%.

Some officials have suggested they see reasons for optimism around inflation as supply-chain bottlenecks ease and prices for goods that soared last year are now falling.

But others are uneasy because of concerns that wage growth continues to run at levels that would keep inflation above the Fed’s 2% target—even if price growth subsides somewhat in the coming year.

in an interview last week.

Ms. George said she was troubled by strong price pressures in labor-intensive service sectors—where prices tend to be stickier, meaning they slow very little or not at all outside of a recession.