Explore The Ancient Caves Of Mumbai

You will find yourselves far removed from the throes of Mumbai’s fast and furious reign as the commercial and entertainment capital of the country, as you step into the rock-cut cave sites that dot the city. Here, as you ascend towards the actual caves, some deep into the forest, the air is fresh, the pace is leisurely, and the mind is keen for a peek at the past. There are 175 cave sites in and around Mumbai, most of them are related to either Buddhism or Hinduism. The city has the honour to be home to more rock-cut caves than any other urban region in the world.

While you enjoy your sojourn at the caves, it is suggested that you practice precaution, for your and the caves’ safety. Please ensure you wear sturdy footwear, loose and full-covering clothes. The carvings, sculptures, etc., in the caves are delicate, avoid touching, scratching at, and climbing on to them. Keep noise levels to the minimum.

Here are five cave sites you have to visit when in Mumbai. 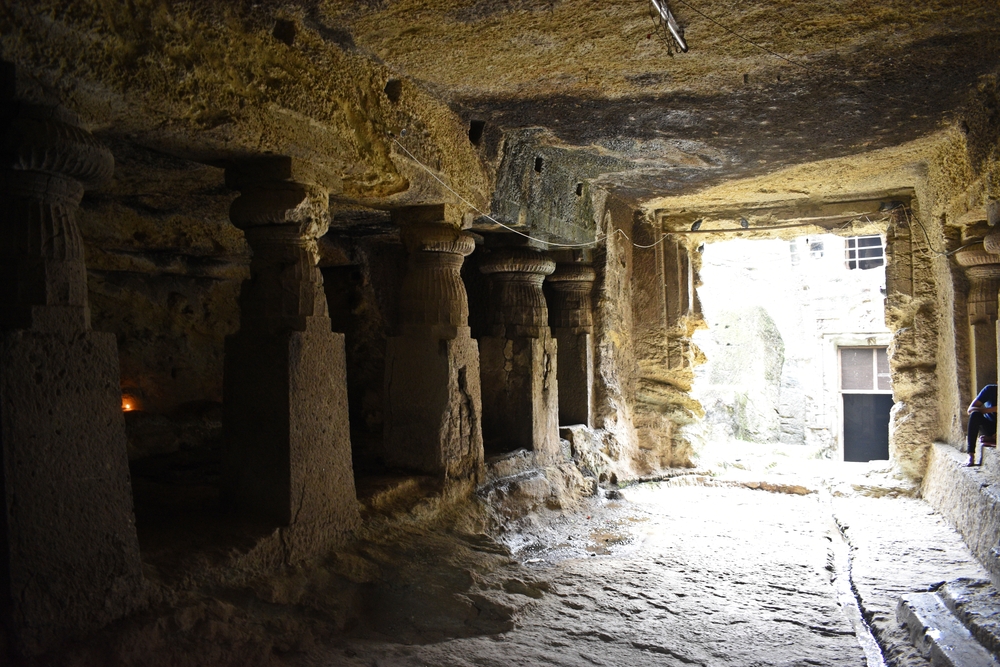 Located at about 24 km from Mumbai Central, the Jogeshwari caves are reportedly the first and largest temple caves of India. Formerly known as the Amboli caves, these are early Hindu and Buddhist temples. They were excavated at the time of the Ajanta and Ellora cave excavations, which was around 1st century BCE and the 7th century CE. The Jogeshwari caves have various engraved portraits and sculptures on the walls, and some of them date back to the Mahayana Buddhist era.

This complex of 2,000-year-old caves, lies within the Sanjay Gandhi National Park, Borivali. The park is around 33 km from Mumbai Central.  At Kanheri, there are more than 100 caves, which served as a Buddhist vihara. The cell or caves, have stone beds, cisterns to hold water, and pathways. The complex was named thus as ‘kanheri’ comes from the Sanskrit word ‘Krishnagiri’, or ‘black mountain’. You will find glorious relics of the Buddha and the Bodhisattvas, as you walk along the pillared corridors. 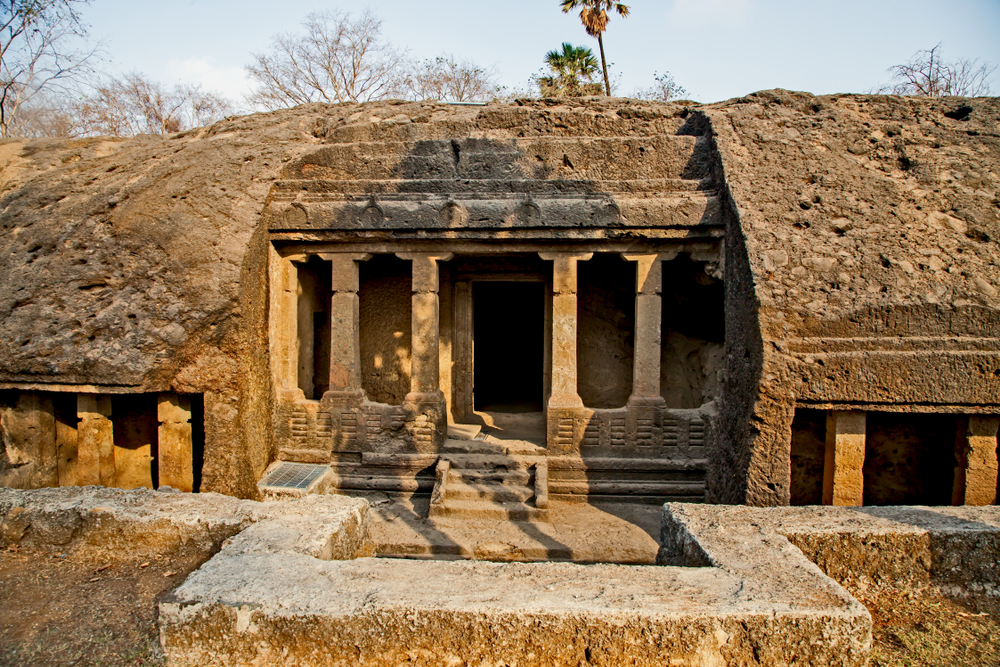 This cluster of 19 caves is also known as the Kondivita cave structure. Set on the hillock of Veravalli, in Andheri, and overlooking Marol, the Mahakali caves were carved between 1st and 6th centuries CE, as evidenced by some of the sculptural panels of the main chaitya (prayer hall). Above the caves are the remains of a brick stupa. The temple of Mahakali, at the base of the cave site, came to be due to a sculpture falling from Cave 1, to its current position, where the locals began to offer it worship.

This is a small group of caves in Virar, probably Maharashtra’s oldest, from three centuries BCE, which were part of a Buddhist vihara. The caves overlook the port city and commercial centre of Sopara, which along with Chaul, Borivali, Kalyan, and Thane were huge commercial centres, and gateways into ancient western and central India. The igneous rock of this region made for strong caves, which used as viharas for the Buddhist monks. All of it was done under the patronage of the local business community. Currently, the Jivdani caves house the temple of goddess Ekvira. 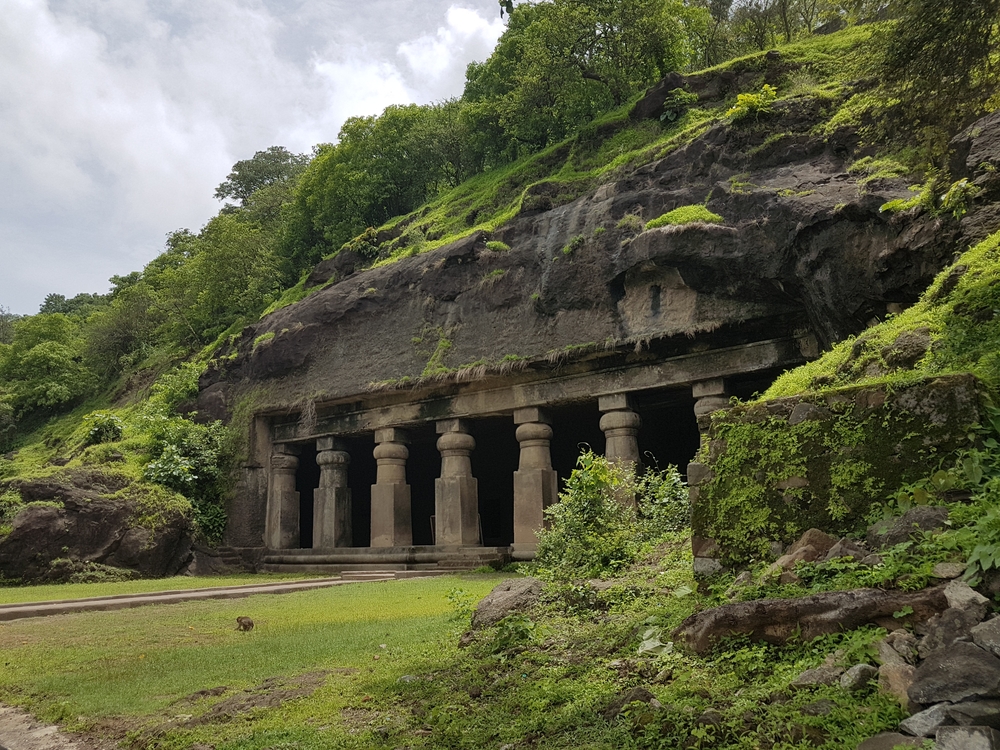 A UNESCO World Heritage site, the Elephanta caves are known as such since the Portuguese occupation of the island. They found a large elephant sculpture on the island, and promptly proceed to rename Gharapuri island as Elephanta. Technically, the caves are outside Mumbai city limits. However, since they are in the Mumbai harbour and from the Gateway of India, a short boat ride away (nine nautical miles), they are a must-visit for all who come to the metropolis.

These rock-cut caves are said to have been excavated between 5th and 6th centuries AD, and Cave 1 is the most important among the caves there. It measures 39 metres from the front ingress to the back. At the entrance to this cave is the seven-metre-high Sadashiva sculpture. It represents three aspects of Shiva: the creator, the preserver, and the destroyer.

Previous article
Here’s Why Fans Think The Kardashians Are Planning Their “Exit From Reality TV” And “Rebranding Themselves”
Next article
Best Black Friday Mac Deals: November 24

Attendances in the Women's Super League (WSL) are up 200% on last season, FA Director...
Finance

The Indian rupee is the currency of India. It is the official currency of the Republic of...
Entertainment

Team FC Nushrratt Bharuccha is currently busy with the shoot of her horror film Chhorii 2....
Updates

PayBima Team Visual Stories by PayBima A blessing in...