The churches of Mumbai are age-old witnesses to the city’s ever-changing architectural tapestry. They stand serene, vastly different from the surrounding glass-and-steel skyscrapers, chaotic bazaars, and busy roads, as they hold together a world tethered in preservation and deep belief. Here are six churches in Mumbai you must see.

Dedicated to St Thomas the Apostle, who is considered to be the first to have brought Christianity to India, the cathedral has been awarded the UNESCO Asia-Pacific Heritage Conservation Award. Its clock tower, Gothic-style flying buttresses, and Victorian stained-glass windows put it in the same group as the Chhatrapati Shivaji Terminus. When it was built, the cathedral’s importance was such that it was the Zero Point milestone from where distances in Mumbai were measured.

Church of Our Lady of Salvation, Dadar 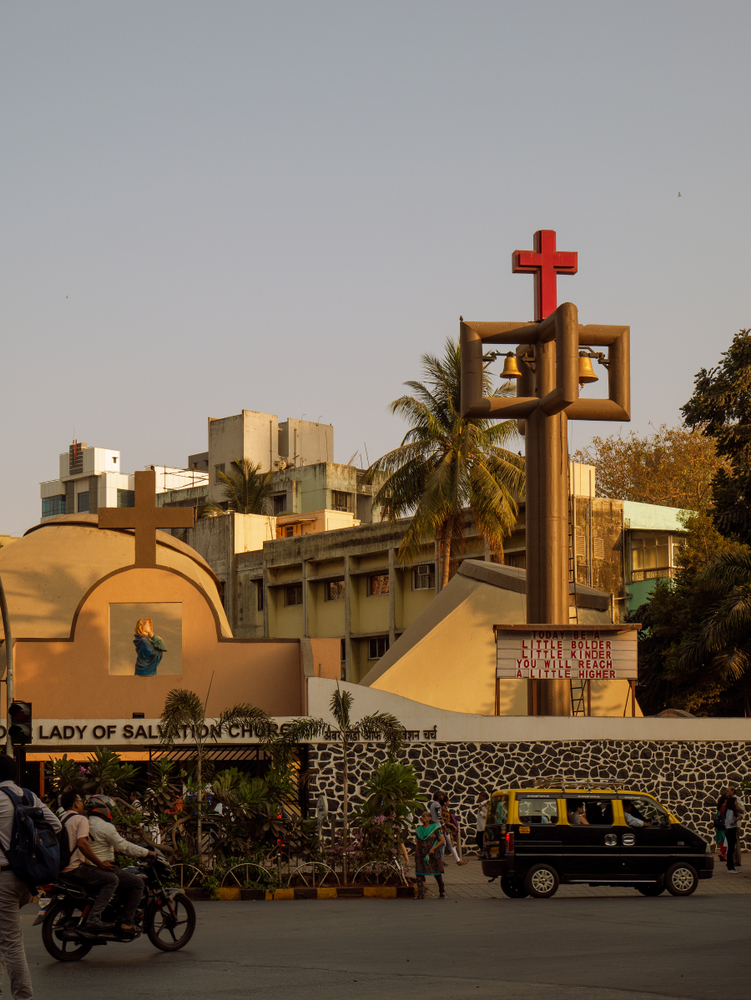 Rebuilt in the 1970s by famed architect Charles Correa and with a skylight in the baptistery by MF Hussain, the Church of Our Lady of Salvation is popularly referred to as the Portuguese Church. With an appearance unlike the other Gothic church structures, it is referenced regularly by Mumbaiites when giving road directions. It is also one of the oldest churches in Mumbai and was originally built in 1596 by the Portuguese Franciscans, who named it Nossa Senhora da Salvaçao.

Well-known for its Christmas mass and Novena services, St Michael’s Church is among India’s oldest churches. It is believed that if you attend nine Novena services here, your wishes shall come true. Devotees of all faiths attend the service. The church may be one of the only surviving Portuguese buildings in the city, even though traces of that would be under the numerous maintenance and renovations undertaken by the church authorities.

Basilica of Our Lady of the Mount, Bandra 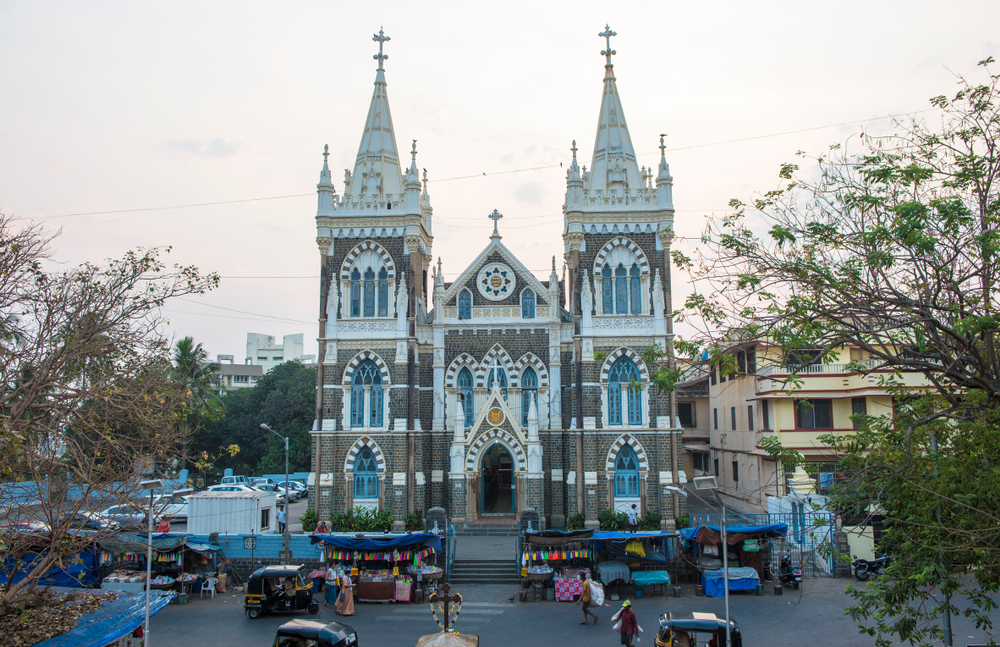 The crosses of the Basilica of Our Lady of the Mount, on Pali Hill, Bandra, are visible from afar in Mumbai. Popularly known as the Mount Mary church, it is more than 100 years old. While it brings in the faithful every day, on September 8 each year, the birthday of Mother Mary, celebrated as the Feast of Our Lady, another 300-year-old tradition of gathering is brought back to life. The eight-day Bandra Fair is a spectacle to experience.

Once upon a time a minor basilica, Mount Mary church, has since transformed into an awe-inspiring semi-Gothic structure. The imposing facade is 67.5 ft broad, with four floors. On the third floor is the year of the inauguration of the new basilica, Anno Jubilaei 1904.

Listed as a Grade II Heritage structure by the Government of Maharashtra, and awarded the Urban Heritage Award, St Peter’s Church was made, in the Romanesque style, on the foundations of an older church. Its stained-glass windows lend it an air of wonder, as they depict the life of St Stanislaus. On December 5, 1964, the Pope visited St Peter’s Church and the Basilica of Our Lady of the Mount.

One of the eight churches of Bandra, St Andrew’s church was established by Portuguese Jesuits more than 400 years ago. In 1575, the church was said to be the biggest and best in Bandra, then called Salsette island. It is said that the church has been closed only once, between 1740 and 1749, during the Maratha invasion of this region, during which the Portuguese were defeated.

Previous article
What To Buy In Kutch
Next article
NordicTrack Black Friday Sale: 30% Off The Elite Treadmill

How to export video from a HomeKit Secure Video camera

AL WAKRAH, Qatar -- When England arrived back at their Al Wakrah base in the...
Travel

OT Staff Home to over 52 craft skills, the state of Odisha is a powerhouse of...
Sports

Veselin Trajkovic Netherlands will face Argentina in the quarterfinals of the World Cup, but having played...