Adams: Win vs. England would help sport in US 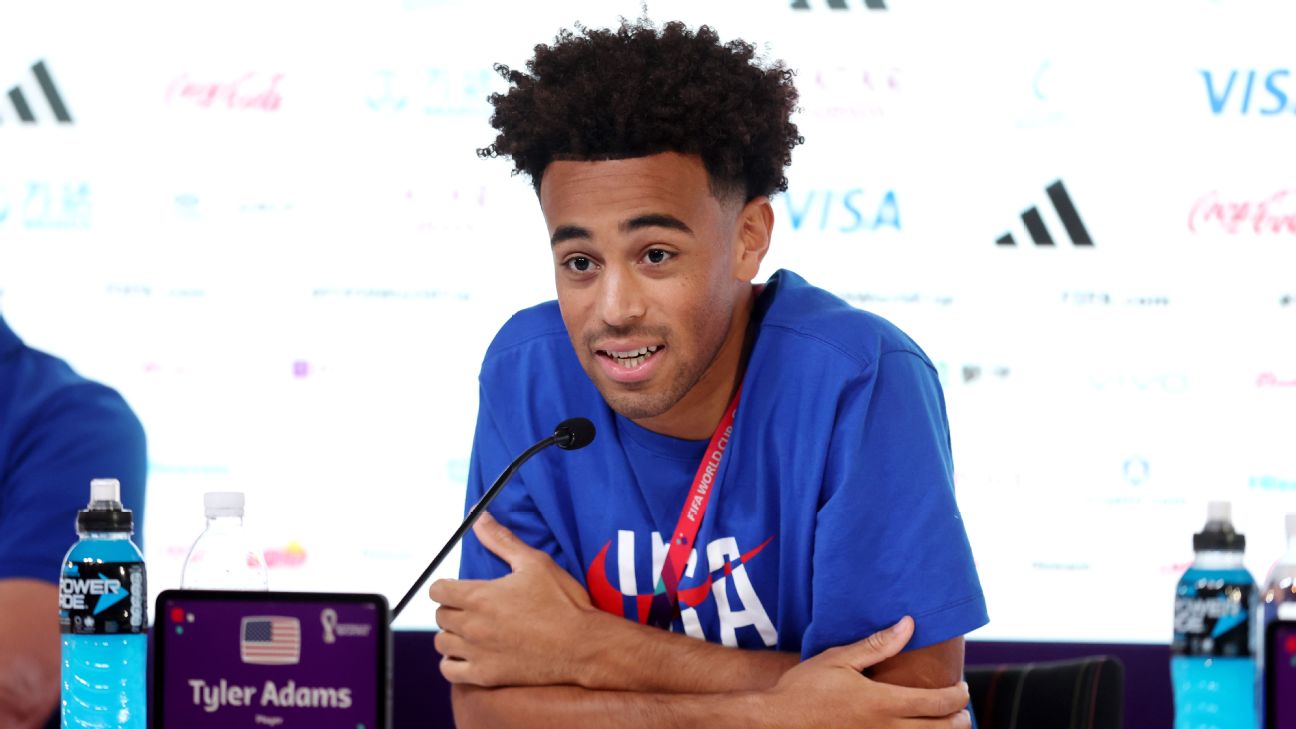 AL-RAYYAN, Qatar — United States men’s national team midfielder Tyler Adams says that beating England on Friday at the World Cup would “fast-track” the impact his side can have on the sport in the US.

The two sides will square off in the second match for both teams in Group B. England top the group with three points following their 6-2 hammering of Iran, while the USMNT were forced to settle for a disappointing draw against Wales.

But a result against England will put the Americans in good shape to progress to the knockout stages, and is bound to generate an increase in enthusiasm and interest back home.

“I think it’s obviously a huge opportunity to fast track the impact that we can have,” said Adams. “These are the games where [it’s a] high-pressure, privileged moment to step on the field against some of these guys. We respect them, probably mutual respect between both teams, and when you get a result in a game like this, people start to respect Americans a little bit more.”

Adams also added he wouldn’t be overawed by the occasion, given he already plays against many of the England players in the Premier League.

“I wouldn’t say there’s many things out there that intimidate me, other than spiders,” he said.

The thought is that England are bound to have more possession against the US than Wales did.

But manager Gregg Berhalter insisted that the Americans will continue to try to impose their aggressive style on the Three Lions.

“We’ve been working for the last three-and-a-half years on our style of play and how we want to execute on the field,” he said.

“So it’s not going to be any different against England. We think there’s areas that we can exploit and we’re going to want to hurt them. We’re going to prepare. We know it’s a really good team.

“We know they have threats. We know we’re going to have to be cautious about their threats. But we want to play our game.”

Berhalter added that the USMNT will need to be more precise in transition moments, an area where it didn’t do enough to punish Wales on Monday.

“There were opportunities we just didn’t take advantage of,” he said. “It’s something we identified yesterday in the post-game meeting, and we need to do a better job of that, especially those moments where the opponent pushes you back a little, which can happen in the match.

“We want to be high-postured, we want to be pressing, but there’s going to be moments where we’re lower on the field and we have to be able to take advantage of the space behind the defense and we didn’t do that effectively against Wales.”

There has been talk that the US is looking at a “golden generation” of players given that 10 of the 11 starters against Wales play in one of the top five European leagues.

But Berhalter cautioned that such talk is premature.

“We haven’t achieved anything as a group on the world stage,” he said. “When you’re talking about, you know, England coming in fourth [at the 2018 World Cup] and then coming in second [at the Euro 2020], there’s tangible things that you can say, ‘OK, this group achieved something,’ and we’re just not there yet. We need to use this World Cup to establish ourselves and then hopefully move to the next World Cup and do the same.

“But I think we’re getting a little bit ahead of ourselves trying to call our team that, and it’s still to be determined.”

Berhalter added that Sergino Dest and Weston McKennie, who were both substituted against Wales and looked to be hobbling a bit, are available for selection against England.

Arman Shirinyan Contents Volume/price divergenceProblems with stakingChainlink has been showing solid price performance in the last few months as...