5 Christmas Markets In Europe For The Yuletide Spirit

The present-day versions of Christmas markets in Europe are a fairly new tradition, but the tradition began in the medievla times in Europe, when cities like Vienna would host something called a ‘December Market’. The first one dates back to 1298 – it was a ‘Krippenmarkt’ hosted during Advent. Then there were the open-air winter markets that were organised on streets in Germany. The first recorded Christmas market – or ‘Christkindlmarkt’ – was organised in 1384.in Bautzen, Saxony. Since then, these markets have become grander and merrier, with many turning into destinations unto themselves.

Here’s a look at five Christmas markets in Europe. 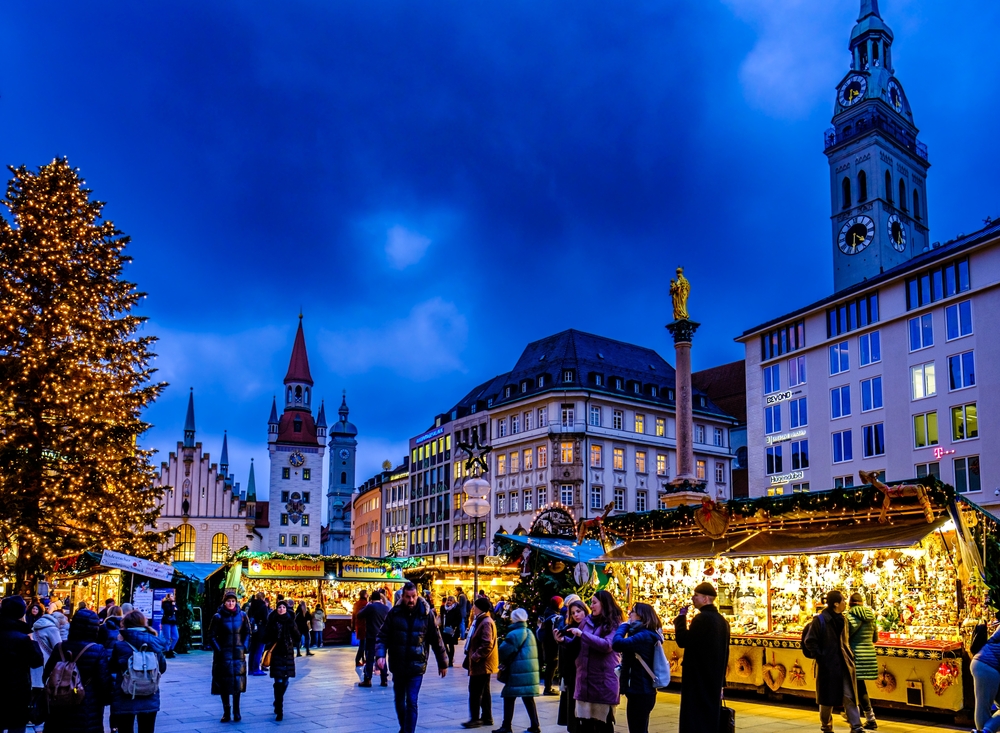 One of Germany’s oldest and biggest Christmas markets is held in Marienplatz square. A living custom that dates back to the 14th century, the market is held in the atmospheric backdrop of the neo-Gothic town hall in Marienplatz. Expect oodles of old Bavarian charm in the decor and stalls, and in the largest Nativity scene in a Germany market.

One of the oldest Christmas markets in Europe, the Alsatian Christmas festivities date back to 1570. In fact, Strasbourg is often known as the Christmas capital of France, with more than 300 wooden chalets in every square. More than two million visitors come here to savour the all-out Christmas spirit embodied in twinkling fairy lights on streets and a magnificent tree at the city’s center. Sample local festive foods like bredele cookies and flammkueche, sip on Alsatian wine, and check out the exquisite hand-blown glass ornaments and carved wooden toys. 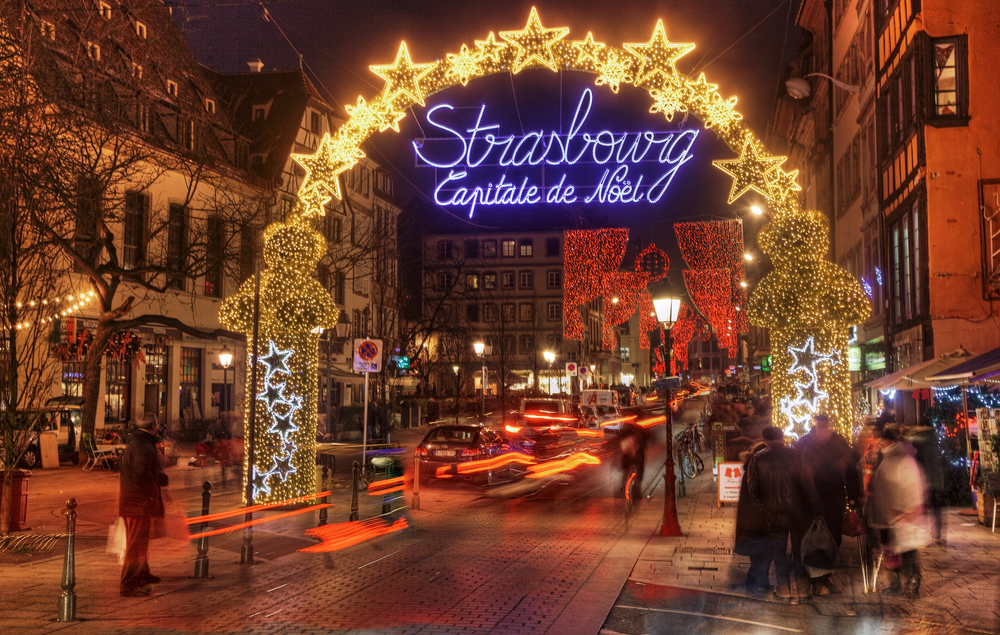 Known as one of the world’s oldest Advent markets. this one is held in Salzburg’s World Heritage-listed Old City with local folk customs and traditional decorations adorning the Christmas tree adding to the retro festive atmosphere. You can sample the best of Austrian specialties including handknitted goods, chocolates, and drinking horns for mulled wine and hot punch. 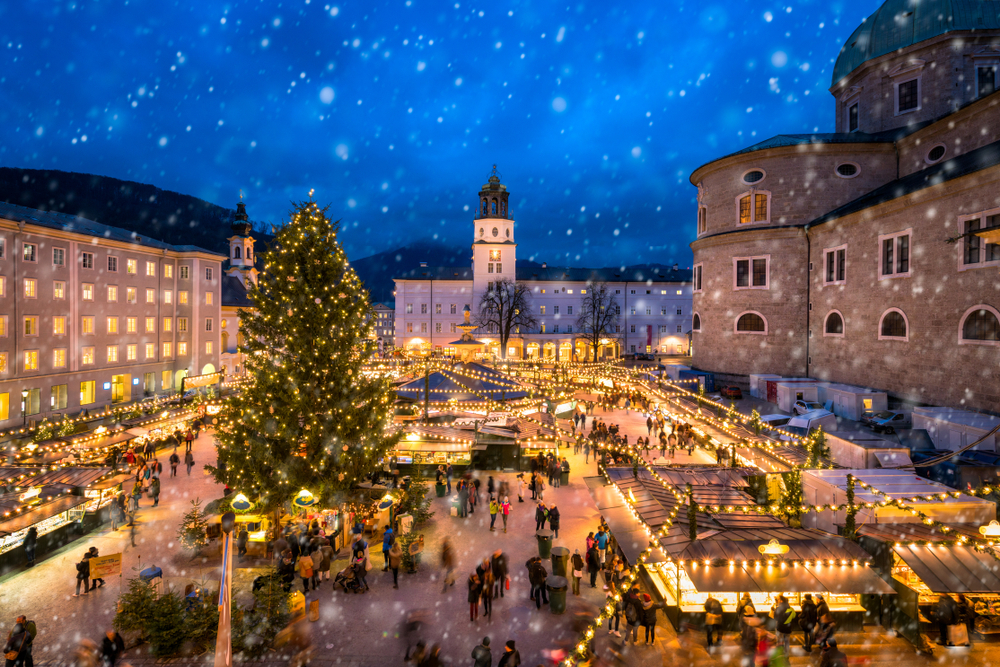 The roots of Christmas markets date back to 1441 in Tallinn. This is when the first-ever Christmas tree was displayed in Europe. The Advent market here is incredibly pretty, like a picture postcard for Christmas. It is held in the Town Hall Square with snow covering the cobbled streets, toy trains and Santa paying a visit in his sleigh pulled by reindeers.

The home of Dracula is one of the later entrants to the Christmas markets scene. The ancient Transylvanian city of Sibiu hosts a buzzing market with all the trappings like tall Christmas trees, colourful stalls, mulled wine and an ice rink to boot. The festivities last for a month with different holiday themes being organised every week. You can also take part in the many workshops that are held – from candle making and sweet baking to ceramics. 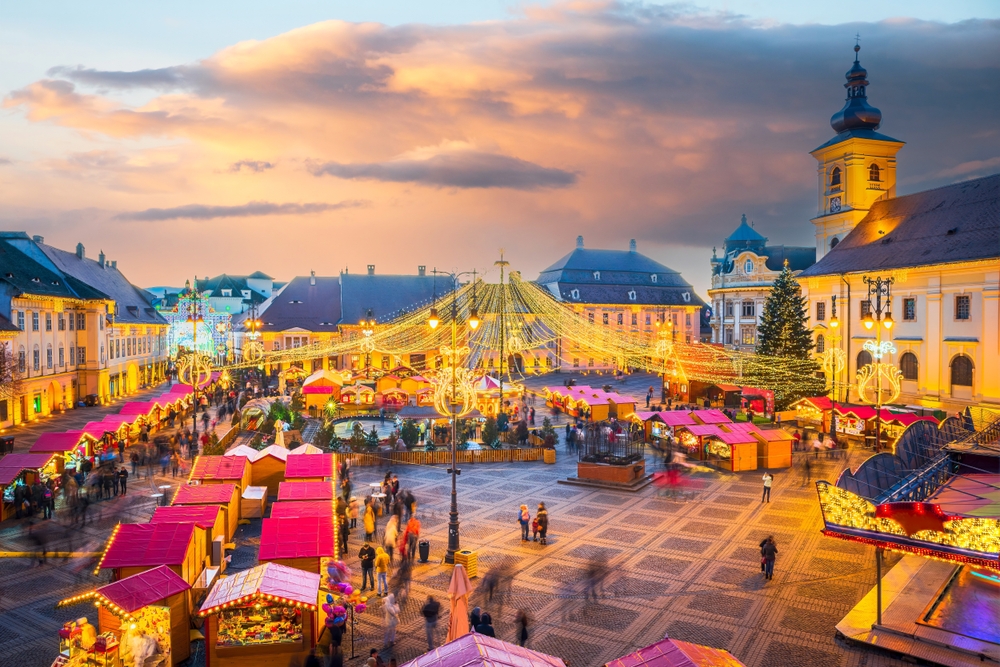