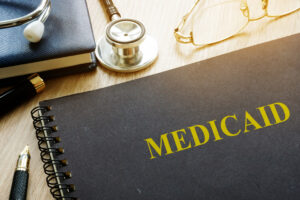 If the Covid-19 public health emergency expires in April, about 18 million people could lose Medicaid coverage, a new report concludes.

The Urban Institute’s estimates, published Monday, is higher than the U.S. Department of Health & Human Services’ (HHS) prediction of 15 million people losing coverage after the public health emergency ends. HHS’ report was published in August and stated that 17.4% of Medicaid and Children’s Health Insurance Program enrollees would leave the program. The Urban Institute’s report did not provide a percentage.

T0 conduct the study, researchers from the Urban Institute relied on the most recent administrative data on Medicaid enrollment, as well as recent household survey data on health coverage. It used a simulation model to estimate how many Americans will lose Medicaid insurance.

In 2020, Congress passed the Families First Coronavirus Response Act due to the Covid-19 pandemic. It barred states from disenrolling people during the public health emergency, and in return, states received a temporary increase in the federal Medicaid match rates. From February 2020 to June 2022, Medicaid enrollment increased by 18 million people, an unprecedented number, according to the Urban Institute.

Currently, the public health emergency is set to end in January. But since the government has to provide a 60-day notice before the expiration —and did not do so in November — it is expected to be extended to April.

Because many of the affected enrollees who will lose Medicaid coverage will be eligible for coverage through federal or state Marketplaces, the Urban Institute recommends coordination between the Marketplaces and state Medicaid agencies

Researchers called on the government to take action so Americans are prepared for the end of the public health emergency.

“State Medicaid officials and policymakers must continue to ensure that individuals currently enrolled in Medicaid are aware of the approaching end of the public health emergency, and that they have a plan to maintain or find new health coverage through their employer, the federal healthcare Marketplace, or Medicaid,” the Urban Institute said.

Previous article
Tips for being an effective healthcare IT leader, in 2023 and beyond
Next article
WSJ News Exclusive | Apple Plans New Encryption System to Ward Off Hackers and Protect iCloud Data